The four men who mysteriously disappeared in Kitengela on April 19 lived in the fast lane and had a history of run-ins with the law.

Their car, a white Toyota Mark X, was found abandoned at a parking lot about 500 metres from the club the following day.

The Nation has established that the quartet lived large and spent their fortunes on fast cars, women and alcohol.

Benjamin preferred “the finer things in life” and was always out with his friends partying, his younger brother said yesterday.

“My brother had a soft spot for the finer things in life. He has a child from a previous relationship but he had a fiancée. He was in the car hire business and could be a victim of circumstances,” said Mr Elvis Imbai.

Elvis had accompanied their father to Benjamin’s apartment at Everest Estate in Athi River. They had earlier visited the Athi River Directorate of Criminal Investigations offices for an update on investigations.

“My brother owned several SUVs, which he hired out regularly. The business could sustain his lifestyle; he was not a criminal. It’s true he has been to several police stations, but that had to do with his business. He lost three vehicles mysteriously between 2016 and 2017 to clients,” said Mr Imbai. 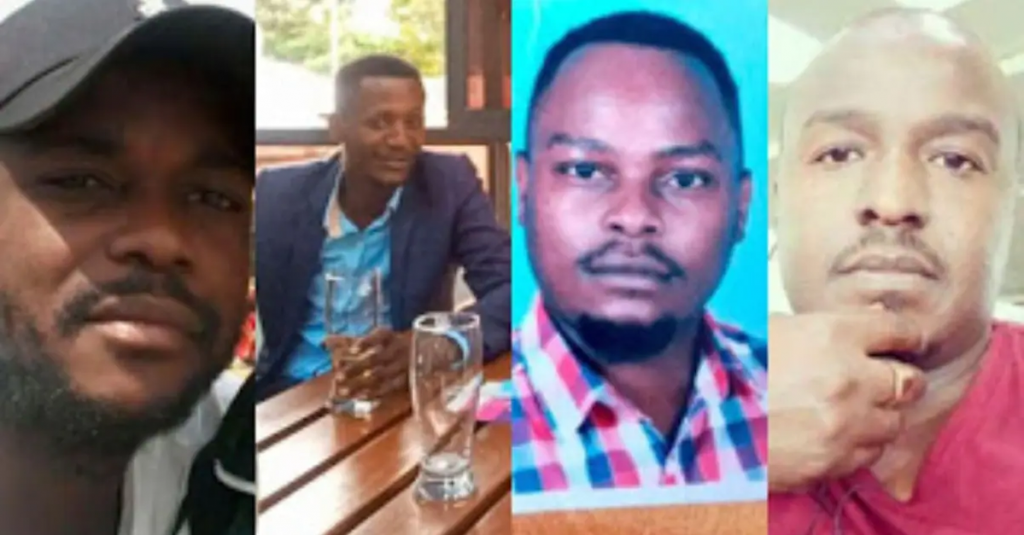 Records showed a suspect who had the same name as Benjamin Imbai Amache (third from left) was arrested last year. Photo: The Standard.

Police records, however, place Benjamin at the centre of a crime committed on January 11 last year when a gang of seven broke into a car and stole Sh900, 000 at a yard on Ngong Road.

Benjamin, 30, was reportedly among the gang that had trailed the victim from KCB Buruburu branch to the yard, where he had intended to buy a vehicle. The victim had left the cash in the car to negotiate with the dealers.

Benjamin also had another case at Mavoko Law Courts and his last appearance was December 10 last year. 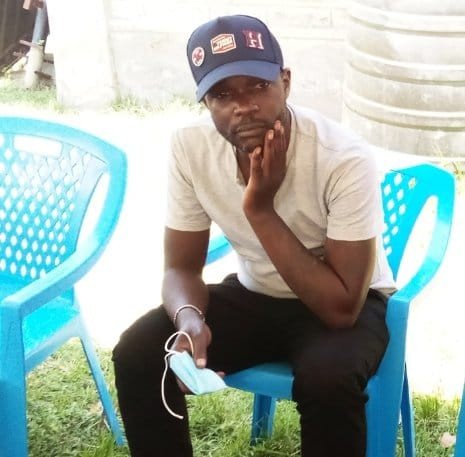 Elijah, 35, also lived like a king as he always drove SUVs and told his friends that his lifestyle was supported by a relative working abroad.

“It’s wrong for people to insinuate that my son was a criminal. Most of our relatives work abroad and they have always supported him. A day before he disappeared, he sent me Sh30,000 for the weekend,” said Ms Caroline Obuong, his mother, at her home in Kitengela’s Milimani Estate.

Her son lived in Nasra Garden Estate in Kayole, Nairobi, and was described by many as “a man of the people”. Ms Obuong has been to several mortuaries, hospitals and police stations the past eight days looking for her son, or his body, in vain.

“This is the fifth phone call I have received from a mortuary today. None of them has any news about my son. I am not at peace. Could it be my son was killed and dumped in Ngong Hills? I do not even want to imagine it,” she said.

Yet, Ms Obuong still clings to hope that her son will be found alive. She urged security agencies to expedite investigations.

A source said Elijah and Benjamin recently “bought their way out of a police station” in Nairobi where they had been booked under “unclear offences”.

Detectives are now following a close lead to recover a fleet of “questionable motor vehicles” owned by the missing persons.

“They are piercing together classified information to unearth a motor vehicle theft syndicate linked to some of the four men. Most of these white Toyota Mark X cars bear fake number plates,” said the source.

Brian’s wife, Catherine Anyango, expressed her displeasure with the information being shared on social media that alleges her husband was a criminal.

“They (media) are saying Brian was the leader of the gang. These stories are making us very scared,” she texted.

When the Nation contacted Jack’s wife, Monicah Wanjiku, a person who identified herself as the sister said she would call back. She had not by the time of this story’s publication.

Read the original article on Nation.

3 of the 4 men who went missing in Kajiado are dead, their bodies were found in Kiambu and Murang’a

Bodies of three men who went missing in Kitengela recovered

4 men go missing after having lunch at Kitengela restaurant